Skipping And A Game Of Sevens

Throwing and catching the ball in a game of Sevens

Although I'm not sure if my brother's problems as a kid was fine motor skills (I think it was), he certainly had a problem with writing and also with his hand-eye coordination.

This in turn apparently hugely affected his concentration and he had problems learning at school because of this.

What changed his life and practically cured him from his problems were two simple games... Skipping and Sevens.

I can't remember who exactly suggested this to my parents but after a couple of months of doing these two exercises/games he had changed completely. His writing was much better, he was able to catch balls with ease, and was able to hold his concentration for much longer!

The skipping was done for two reasons...

Firstly it was to help with his writing. Apparently the flicking that you do with your wrist whilst skipping is very similar to the small movements used when writing and the repetition of that movement added with the strengthening of your wrists is hugely beneficial to your handwriting.

The second reason was for his coordination. Skipping is a really amazing exercise to help with your coordination as it takes a large amount of coordination and timing to get right.

Practicing skipping and getting it right will be hugely beneficial to your child's coordination... Not to mention that it also helps with your fitness and concentration.

And then came the game of sevens...

All you need for sevens is a tennis ball and a wall. How it works is your child repeats an action while throwing the ball onto the wall and catching it again seven times before changing to the next action.

Start him/her off with five actions and as he masters them increase the amount of actions from 5 to 10 to 15 and then to 20.

This game is extremely beneficial to your child's hand-eye coordination as well as his concentration. It obviously helped my brother out in a huge way...

He went on to play first team rugby and captained the second team cricket side at one of the more prestigious high schools in South Africa, Maritzburg College.

I hope that these games/exercises that helped my brother out so much, will also be as beneficial to your child!

If this page was helpful, please share it with your friends!


Get A Head Start On Your Christmas Prep! 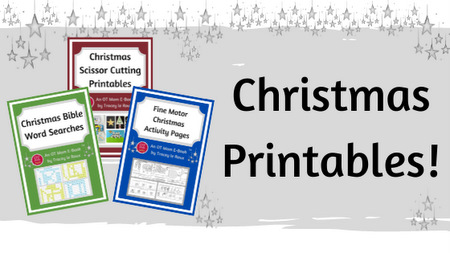 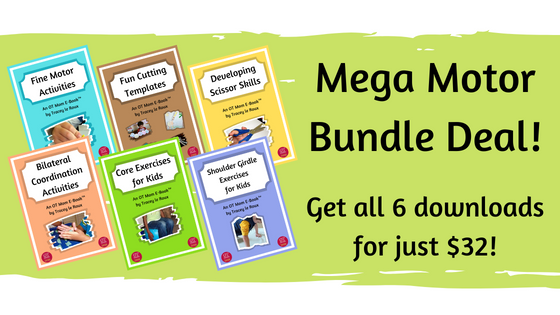 Didn't find what you were looking for? Try a search of my site! 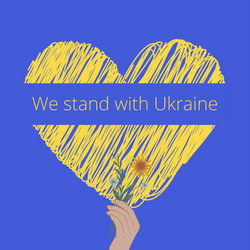 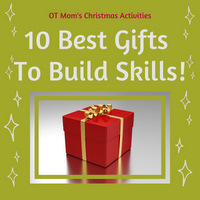 All activities should take place under close adult supervision. Some activities use small items which may cause choking.
The activities suggested on this website are NOT a substitute for Occupational Therapy intervention. Please read my disclaimer before you use any of the activities.

OT Mom Learning Activities is a participant in the Amazon Services LLC Associates Program, an affiliate advertising program designed to provide a means for me to earn fees by linking to Amazon.com and affiliated sites from some of my pages. As an Amazon Associate, I earn from qualifying purchases.
This does not cost you any more, and it helps cover costs associated with building and maintaining this website.